Koi Fish is the prized fish in the feng shui world. It is also known as “carps”, have a deep background in Oriental culture (Eastern Asia culture). Initially they were common carp, later domesticated and bred to develop vibrant colors and keep them as pets. The reason why they are so prominent in oriental cultures, is a long standing legend or myth on how the Koi become dragons. So down here in this article, we will break down the meaning behind every detail of the Koi meaning.

I. What is Koi Fish?

Koi fish has a long and deep involvement in Chinese, Japanese and Vietnamese culture due to the myth of the koi fish becoming dragons. Based on this particularly magical legend, most of the Koi fish meanings are rotating around it. According to the Chinese culture, the koi fishes kept trying to overcome the waterfall for 100 years. At last, only one succeeds and the Gods want to reward its huge effort and dedication. They decided to turn it into a marvelous golden dragon.

In Vietnam, we have another myth associated with the Koi fish. According to most Vietnamese, the fish is one of the main helpers to get the Kitchen God’s back to heaven before every Lunar New Year. As when it does, the Emperor of God saw that and appreciated its efforts, he turned it into a dragon to help them get back to heaven easier. In that case, as all the myths said, koi fish represent dedication, transformation, power, and luck.

The word ‘Koi’ was originally used in Japan to describe wild varieties of the common carp fish. It is believed that the common carp was brought from Eurasia to China and Korea approximately 2000 years ago, primarily as a source of food. At this point, Carp are a very hardy species and can withstand long travel, which made them ideal candidates for transportation to far off lands. Around 1000 years ago, the carp made it’s way into Japan via China. The word ‘koi’ is simply the Japanese word for ‘carp’, and is generally used in Japan to describe all carp; wild or captive. Keeping koi was most popular with Japanese farmers who kept koi in the ponds above their paddy fields as a source of food.

According to Chinese legend, there was a place called Dragon’s Gate at the top of a large waterfall on the Yellow River. Carp would swim up the river, against the current to reach the base of the waterfall. Although many would try, only a few were brave and able enough to attempt the final leap up the waterfall. It was said that if a carp was able to complete the journey through Dragon’s Gate at the top of the falls, then it would be transformed into a powerful dragon. In Chinese culture, the dragon is a symbol of great power. The story symbolizes that anybody who is able to persevere through great trials can accomplish their highest goals to become great.

2. The meaning of Koi fish

The Koi fish has a powerful and energetic life force, demonstrated by its ability to swim against currents and travel upstream. It symbolizes lessons and/or trials that a person may encounter in life, and confronting or overcoming them. Some characteristics associated with the Koi include:

Koi Fish swimming upstream: can be interpreted as a struggle or the fighting of obstacles, and is used as a reminder that you won’t give up. Also, it can overcome obstacles and have gained the strength needed to continue against the current.

Koi Fish swimming downstream: don’t yet possess the strength to make it against the obstacles; or haven’t achieved the goals. And then it can mean having already overcome all obstacles and no longer needing to fight against the current.

Black Koi: represent overcoming an obstacle successfully. It can include depression, drug addiction, an abusive relationship and many other difficult situations

Red Koi: often has the connotation of love. Not just any love, but a very strong and masculine love. The can also be used as a symbol of power and bravery, as most red symbols in oriental cultures.

Blue Koi: are very masculine and can be associated with reproduction. Often considered a symbol of the son in a family. They represent peace, tranquility and calmness.

Indonesia Carp agarwood beaded bracelet is made from Agarwood type of origin from Indonesia. Norm ally, bracelets will be made into 17 beads (may vary depending on the size of the wearer’s hand). The number of beads will be selected based on the rules of the cycle of “birth – old – disease – death” to bring luck. You should choose the number of beads divided by 4 remainder 1. Accordingly, the last bead will fall into the word “birth”.

Moreover, Dragons are considered to be the animals of heaven. And it has the supreme ability, symbolizing auspicious signs, so Carp overcame the magnification as a symbol of effort, luck and taking advantage of opportunities to succeed.

In particular, it is believed that in the family when there are items representing the dragon carp, it will help all members achieve high results in study and examinations. Especially helps to promote quickly in the career as well as achieve luck and fortune in the business.

Gold Carp Agarwood Bracelet is a delicate jewelry combined with feng shui philosophy. It is made from 100% natural indonesia agarwood, a wood with the essence of heaven and earth, the details are finely and meticulously designed with pure 24K gold.

The bracelet carries in itself a modern design, leading the trend of jewelry fashion. Is the leading jewelry selected by the ladies to embellish their beauty. Agarwood beads with a circular design creates a soothing feel when rubbing against the skin of your hands.

"When I was in grade 10, I went with my father to my hometown's Aquilaria Crassna tree hill. According to him, this tree is quite rare and yields really precious agarwood, so it must be well-cared for and preserved. Every day, I've been actively studying this plant, particularly the documentation, in order to better comprehend its sorts and characteristics. Until recently, I've been able to tell the difference between real and fake agarwood and its origin just by looking at or smelling it. Agarwood has grown to be a significant part of my life. " When the team from Agarwood Journey came to ask for cooperation, Mr. Tran Tin said these comments. Mr. Tin is one of the agarwood world's most skilled and cool-handed bass players, with great knowledge and a passion for his craft.

Open this in UX Builder to add and edit content 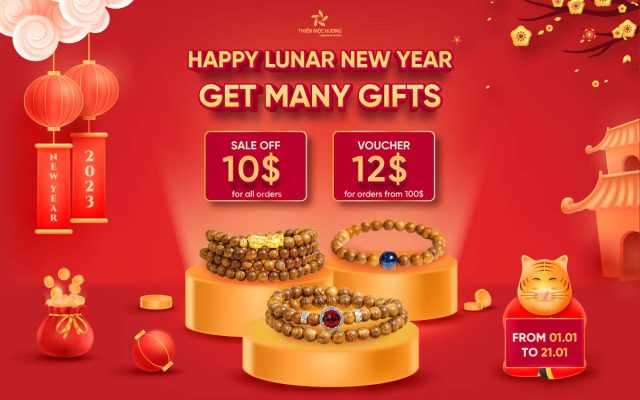